What is Potassium Bicarbonate E501ii? Uses, Safe, Side Effects

What is Potassium Bicarbonate E501ii? Uses, Safe, Side Effects 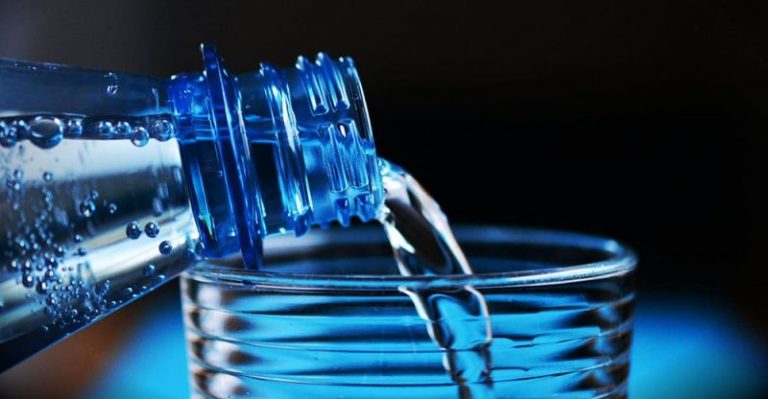 Potassium bicarbonate is a white crystalline acid-base compound that is often used as a food additive or leavening agent. It occurs naturally in plants and animals and is made synthetically for commercial purposes. This white substance is sometimes confused with baking soda and as such, some uses of this food additive are also typically attributed to the flavor enhancer, sodium bicarbonate, which causes confusion to those who want to purchase it and what it can be used for. This article aims to explain what potassium bicarbonate is, why it’s so useful, and how you might be able to use it in your products or process. You’ll also see how sodium bicarbonate compares in this article.

What is Potassium Bicarbonate?

Potassium bicarbonate is a compound with the chemical formula KHCO3. It most commonly occurs as a white, odorless powder. Potassium bicarbonate is used to regulate acidity levels in food and beverages, and it can be found in some toothpastes, mouthwashes and throat lozenges. It’s also used in fire extinguishers and oil drilling muds.

Potassium bicarbonate is a salt of potassium, which is an electrolyte. Electrolytes help maintain the balance of fluids in your body and are essential for maintaining a healthy blood flow throughout your body.

The structure of potassium bicarbonate consists of three atoms: one carbon atom, two hydrogen atoms and one oxygen atom. The oxygen atom has two negatively charged electrons (electrons are subatomic particles). These electrons are what give it its negative charge.

How is Potassium Bicarbonate Made?

Potassium bicarbonate can be manufactured through two methods:

Freely soluble in water with a solubility of 332 g/L at 20oC. Not soluble in ethanol. When dissolved in water, KHCO3 dissociates potassium cation (K+) and bicarbonate anion (HCO3-). KHCO3 ===> K+ + HCO3–

CO3- is amphoteric and has the following carbonic acid equilibrium states:

Decomposes into K2CO3, H2O, and CO2 at 156°C. This property allows potassium carbonate to be produced.

A buffer with mild alkalinity, less caustic than hydroxides and carbonates, more gentle than potassium carbonate for neutralizing acids.

What is the application of Potassium Bicarbonate?

Potassium bicarbonate is a chemical compound that is used in many different industries. It is a salt of potassium and bicarbonate, and it is often used as a food additive. The compound can be produced naturally, but it is also made in factories and sold in stores, especially as baking powder.

The uses of potassium bicarbonate include:

Food additive—Potassium bicarbonate is commonly added to baked goods, such as breads, cakes and cookies. It helps improve the texture of the baked good by helping the dough rise more evenly while giving it a softer texture after baking. Potassium bicarbonate can also be used to help preserve some types of cheese and other dairy products by making them last longer before spoiling.

Medicine—Potassium bicarbonate has been used for centuries as an antacid for heartburn and indigestion problems. It’s also been used to treat hyperkalemia (high levels of potassium in the blood), although this use isn’t approved by the Food and Drug Administration (FDA).

Other uses—Potassium bicarbonate may also be found in toothpaste, deodorants, mouthwashes and even shampoo.

As a potassium source, it can be used in dietary supplements for potassium fortification.
Potassium is an essential element and an electrolyte that our body needs, as you may know, for example with the following benefits:

Potassium bicarbonate and sodium bicarbonate are both safe and effective antacids. They work by neutralizing stomach acid to relieve heartburn and other symptoms caused by the digestive system.

Both medications are available over-the-counter (OTC) at drug stores and pharmacies, but they’re different in terms of their chemical makeup, their purpose, and how they work.

Here’s a look at the differences between these two common antacid medications:

Sparkling water or soda water is water that has been forced with carbon dioxide under pressure to add fizz and refreshment.
To enhance the taste of bottled water, potassium bicarbonate can be added to increase the pH. It can be found in Coca Cola’s, Seagram’s Club Soda, and Smartwater Sparkling.

Potassium bicarbonate is an alkaline that can be used as a pH regulator to reduce the acidic taste (tartaric acid) in wine and therefore improve its flavor. You can also use it to make your coffee less acidic with the same effect.

It can be used as a potassium electrolyte replenisher to prevent or treat low potassium levels in the blood (hypokalemia), and also as an antacid to neutralize stomach acid.
Additionally, it acts as an excipient in effervescent tablets. In contrast to ordinary tablets, effervescent tablets use a combination of acidulants (e.g. citric acid, malic acid) and carbonate salts (e.g. potassium bicarbonate) as a disintegrant.
The mechanism is that when you place an effervescent tablet in water, the reaction between acidulents and alkalines produces a large amount of CO2 gas. This is a phenomenon similar to boiling. During this process, the tablet disintegrates and the active ingredients dissolve quickly in vitro. This results in a rapid absorption of the active ingredients into the blood, providing high effectiveness and fast action of the drug.

It is a fungicide that is effective against powdery mildew and other diseases (for example, alternaria, anthracnose, black dot root rot, botrytis blossom and twig blight, botrytis bunch rot) on various vegetables and fruits.
As an active ingredient in pesticides, it is diluted with water and sprayed on plants’ foliage.

In agricultural applications, potassium hydrogen carbonate can be used to reduce soil acidity and increase crop growth. Improve soil absorption of potassium, as well as synergy with phosphate fertilizers.

In animal feed, it is added as a nutritional supplement to prevent potassium deficiency and to increase dietary intake and, therefore, enhance weight gain. In the form of bicarbonate, it also functions as a rumen buffer.

A dry chemical fire extinguisher, potassium bicarbonate is primarily used to extinguish Class B (flammable liquids and gases) and Class C (electrical) fires.
Potassium bicarbonate extinguishes fire by releasing carbon dioxide under pressure. This reduces the oxygen concentration around combustible materials, and by absorbing some heat from the surroundings, it cools down the burning objects.

Is potassium bicarbonate safe to consume?

Potassium Bicarbonate is a chemical compound that has many uses in the food industry. It is also a common ingredient in household cleaning products, but it is not safe to eat.

The U.S. Food and Drug Administration (FDA) has classified potassium bicarbonate as “Generally Recognized as Safe” (GRAS). This means that it can be used as an additive in foods without any restrictions or safety concerns by the FDA. Potassium bicarbonate can be found in baked goods, such as cookies and cakes, or it can be used as a leavening agent for yeast breads and rolls. It can also be added to meat products to improve tenderness by increasing the pH of the meat during cooking, which makes the myofibrils more flexible.

As a direct human food ingredient, potassium bicarbonate is generally recognized as safe (GRAS). Providing current acceptable manufacturing practices are followed, it can be used as a formulation aid, nutrient supplement, pH control agent, or processing aid in food.

Potassium bicarbonate E501(ii) is listed as an authorised food additive in Commission Regulation (EU) No 231/2012 and classified as “Additives other than colours and sweeteners”.

Admissible daily intake: ADI “not limited” was set in 1965.

What are the possible Side Effects of Potassium Bicarbonate?

Potassium bicarbonate is a salt that has many applications in the medical field. It is used as an antacid to treat stomach acidity and heartburn, as well as a source of potassium for patients with kidney problems. The drug can also be used to make a buffer solution for blood samples or intravenous medications.

Potassium bicarbonate side effects are generally mild, but can include nausea, stomach pain and diarrhea. More serious side effects include gastrointestinal bleeding, swelling of the hands or legs and breathing difficulties due to excess potassium levels.

Potassium bicarbonate is generally safe when taken at recommended doses by mouth or injection into a vein. However, it can cause potentially dangerous side effects if you take too much of the drug or if you are taking other medications that interact with it.

The most common side effects of potassium bicarbonate include:

How much potassium bicarbonate should i take?

Potassium bicarbonate is used as an antacid, to treat acid reflux and ulcers, and to reduce stomach acid. It can also be used to treat high blood pressure, kidney disease and diabetes.

Is potassium bicarbonate acidic or basic?

Potassium bicarbonate is a chemical compound that has the chemical formula KHCO3. It is a white crystalline salt that dissolves in water to produce carbon dioxide gas, which is released as bubbles. The reaction produces a basic solution, which means that it contains hydroxide ions (OH-) as one of its components.

Potassium bicarbonate has a pH value of 8.1, which means that it is slightly basic in nature compared to pure water and other substances with neutral pH values such as sodium chloride (common table salt).

Is potassium bicarbonate ionic or covalent?

The answer to this question depends on the state of your potassium bicarbonate. The ionic state of a compound is the form in which it exists at room temperature, while the covalent state refers to another form that it can take at high temperatures.

In its ionic state, potassium bicarbonate consists of positively charged potassium ions (K+) and negatively charged carbonate ions (CO32-). This ionic compound forms when potassium hydroxide reacts with carbon dioxide in water. In other words, when you add an alkali to an acidic solution or two different types of acid react together.

In its covalent state, potassium bicarbonate takes the form of a dimer (or dihydrate) — a chemical compound made up of two identical molecules joined by bonds between their constituent atoms or groups.

Does potassium bicarbonate dissolve in water?

The answer is yes!

Where to buy potassium bicarbonate?

There are many places where you can buy potassium bicarbonate. You can find it at Walmart, Target, or the grocery store. It is also available online at Amazon or other websites that sell it. It may be more expensive online than in stores, but if you have a Prime membership with Amazon, then shipping is free and you can get it quickly.