What is Potassium Citrate (E332) in food? Uses, Safe

What is Potassium Citrate (E332) in food? Uses, Safe 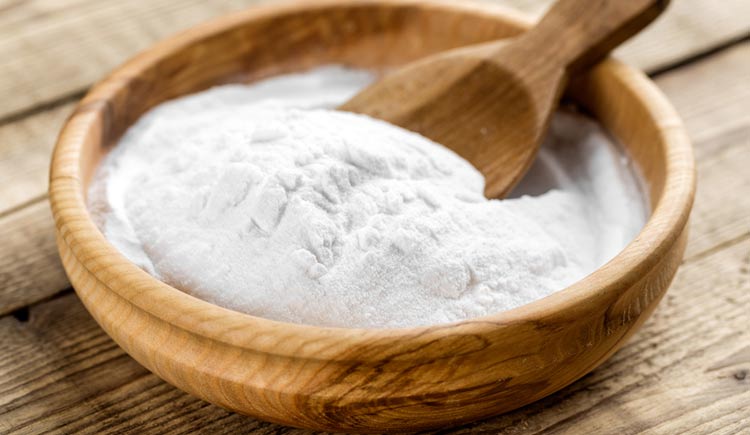 Potassium citrate is a salt that naturally occurs in foods such as fruits, vegetables and potatoes. It has been used to treat many medical conditions including kidney stones, gallstones and gout. However, it doesn’t just help with kidney or gallstones. It is also used for certain medical conditions such as hyperkalemia (high potassium levels in the blood) and metabolic syndrome.

What is Potassium Citrate?

Potassium citrate is used as an electrolyte replenisher for hypokalemia (low blood levels of potassium). It also can be used to reduce the risk of kidney stones (calculi) by increasing urinary citrate excretion, which inhibits calcium oxalate crystallization. This action occurs because the citrate ion forms complexes with calcium and magnesium ions in urine, thereby decreasing their concentration and hence inhibiting stone formation. The Food and Drug Administration approved potassium citrate as a treatment for hyperkalemia in 2001,although some sources dispute this use.

Potassium citrate may also be used to treat or prevent metabolic acidosis.

How is Potassium Citrate made?

Potassium citrate is an alkaline salt used in the treatment of acidosis and kidney stones. It is also used as an electrolyte replenisher in intravenous solutions.

Potassium citrate can be made by reacting acetic acid with potassium hydroxide.

There are three steps involved to make potassium citrate:

What is the application of Potassium Citrate?

Potassium citrate is an alkali salt of citric acid and potassium. It is used as an acidity regulator, a mineral supplement, and a food preservative.

In the food and beverage industry, its main function is as follows:

Potassium citrate provides a balanced tart taste and lowers the acidity of food and carbonated soft drinks. It does not add bitterness like other salts do. Additionally, it can mask the metallic taste of artificial sweeteners in diet sodas.

Potassium citrate is often used as a buffer agent in brewing beer to maintain the pH value of the beer at 4~5 after fermentation. The higher the pH value of beer, the better it tastes. In addition, potassium citrate can also be used for other purposes such as preventing bacterial growth and spoiling products; improving product stability; adjusting acidity; preventing protein precipitation; reducing bitterness; increasing volume etc..

Potassium citrate also has preservative functions and has been widely used in Chinese-style pickles, soy sauce and other fermented foods.

It can be used to formulate low-sodium or sodium-free foods. Reducing sodium intake lowers blood pressure. Meanwhile, the more potassium one consumes, the more sodium one is able to excrete in urine.

It is a mineral substance that provides potassium ions as a nutritional source.

Potassium citrate is used to make sparkling water by reacting with carbon dioxide under pressure, which creates bubbles that look like champagne bubbles when poured into a glass of water.

Potassium citrate is a colorless crystal or white powder. It is soluble in water and slightly soluble in alcohol. It can be used as a food additive to improve the flavor of food and beverage, as well as to adjust the acidity of beverages, such as soft drinks, beer and mineral water.

Due to its non-toxicity, low price, and long-term use, potassium salts is widely used to treat calcium oxalate stones, uric acid (which will also cause gout), and cystine stones.

Kidney stones are solid concretions of crystals that develop in the kidneys (nephrolithiasis). An atom can be as small as a grain of sand or as large as a golf ball. The stones may pass through the urinary tract without complications; however, they can also become lodged in the kidneys, ureters, bladder or urethra.

Large kidney stones may obstruct the flow of urine and cause severe pain. If they remain untreated, they can cause permanent damage to the kidneys.

How does potassium citrate work?

Potassium citrate is a supplement that helps prevent kidney stones. It works by increasing the amount of potassium in your urine, which can reduce the risk of forming a new stone.

Urine is normally supersaturated with calcium oxalate and uric acid, which are the main components of kidney stones. This means that these substances are dissolved in the urine at a concentration higher than they would be in pure water. The supersaturation results from an imbalance between the amount of dissolved calcium oxalate and uric acid, and their rate of crystallization. Once crystals have formed, they have an advantage over other crystals because they can grow larger without dissolving again. They can also grow faster than other crystals because they are already partially formed and have less surface area to cover with each new crystal. As a result, crystals begin to grow spontaneously until they reach a critical size where they become stable enough to survive longer without dissolving again.

Potassium citrate works by increasing the concentration of dissolved potassium ions in your body fluids. Potassium ions bind very tightly with calcium ions; for every two potassium ions there must be two calcium ions present before another molecule of calcium can bind with them (source: Wikipedia).

Potassium is a mineral that is essential for the functioning of cells, tissues and organs. Potassium helps to regulate the body’s water balance and pressure, it helps with muscle contraction and nerve impulse transmission. Potassium citrate, potassium chloride, and potassium gluconate are three compounds that contain the element potassium. All three of these salts are classified as potassium salts, which are salts that contain potassium ions.

Hypokalemia is a medical condition in which the potassium level in the blood is lower than normal. Potassium is an important mineral that plays a role in many different body functions, including heart function and muscle contraction.

Hypokalemia can occur when your body loses more potassium than it takes in or when your kidneys are unable to retain enough potassium. In both cases, hypokalemia can lead to serious health complications if left untreated.

There are several causes of hypokalemia, including:

Is it safe to eat potassium citrate?

Yes, Potassium citrate can be safely taken in doses up to 9 grams daily for up to 6 months. However, it’s not recommended for people who are taking certain medications or have certain medical conditions.

Potassium citrate, which is a salt of citric acid and potassium, is used medically to treat kidney stones. It’s also used as a supplement to help lower blood pressure.

Potassium citrate is usually taken in capsule form, but it can also be found in powder form. It has several benefits that make it popular among athletes and those with high blood pressure or kidney problems:

When used in food, potassium citrate monohydrate is generally recognized as safe (GRAS) as long as current acceptable manufacturing practices are followed.

The following products can be made with it:

It is classified into “Group I” with the maximum usage level “quantum satis” and also listed separately. Foods that contain it include:

Citrates are chemical compounds that is found in plants, animal and humans. People also get citrate from their diet. The harmful crystal is removed by citrates that neutralize the protein cysteine, which bind calcium and make the crystals larger for excretion out of body. If a person does not have sufficient amount of potassium citrate, it can be fatal for them to get this kind of treatment to treat kidney stones because his blood level will drop rapidly.