What is Sodium Acetate Trihydrate (E262) in Food? Uses, Safe, Side Effects

What is Sodium Acetate Trihydrate (E262) in Food? Uses, Safe, Side Effects 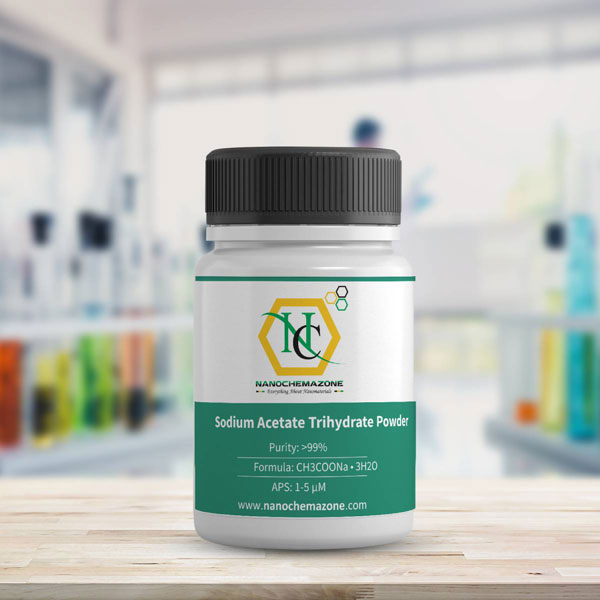 Sodium acetate trihydrate and anhydrous, more commonly referred to as E262 (or E-262), is a colorless to yellowish powder that is hygroscopic. It has the chemical formula, NaH2C(O)3 and this compound is soluble in water and alcohol, as well as organic solvents such as ethers, chloroform and benzene.

Sodium Acetate Trihydrate (E262) and Anhydrous (E262i) are used in food manufacturing, pharmaceuticals, cosmetics, cleaning products and other industries. The most common application is as a pH neutralizer for starch-based foods such as canned vegetables and fruit. It is used with sodium forms of citric acid and acetic acid to ensure that these products do not become highly acidic upon storage.

How is Sodium Acetate made?

Sodium acetate trihydrate is made by the reaction of acetic acid with sodium hydroxide at high temperatures. The reaction can be conducted in two ways:

In the first method, sodium hydroxide is added to a solution of acetic acid in water. As soon as the temperature reaches 60 degrees Celsius, the mixture begins to boil and carbon dioxide gas appears. At 100 degrees Celsius, a slight change in color occurs and all water evaporates from the solution. After that, acetic acid remains only in its salt form – sodium acetate trihydrate.

How is Sodium Acetate Used?

Sodium acetate trihydrate is a multifunctional ingredient that can be used in a variety of applications, including food, medicine, DNA isolation, printing and dyeing, photography, electroplating, tanning, rubber, and more.
Let’s look at some of its applications:

Salad dressing, sauce, dumplings, sausage, steamed fish paste, bread, and rice cakes contain this ingredient.
In general, sodium acetate serves three purposes in food:
As an electrolyte replenisher, it can prevent low levels of sodium in the blood.
Furthermore, when heated to its melting temperature – 58°C – sodium acetate trihydrate can be used in reusable heating pads and hand warmers since it contains three crystallization waters.
The sodium acetate then dissolves in three crystallization waters and forms a supersaturated solution. The solution (not stable) will not form crystals at room temperature, but may crystallize again if a certain method is applied.
Crystallization is exothermic (emits heat), and this is a property that can be used to make hot packs and hand warmers.

Is sodium acetate safe to consume?

Yes, it almost has no side effects, and it has been approved for safety by the U.S. Food and Drug Administration (FDA) and the European Food Safety Authority (EFSA), as well as the Joint FAO/WHO Expert Committee on Food Additives (JECFA).

Acetate of sodium (Sodium acetate) is a multi-functional food additive generally recognized as safe (GRAS) for use as a flavoring agent, adjuvant, or pH control agent. Foods that contain it include:

This is an authorized food additive in the European Union (EU) that belongs to the “Additives other than colors and sweeteners” category and is classified in “Group I,” which means it can be used in a variety of food categories with the maximum limit of “quantum satis”.

Food additives, acidity regulators.
ADI “not limited” was established in 1973 along with potassium acetate and acetic acid.

What is sodium acetate anhydrous ?

Sodium acetate anhydrous (sodium acetate trihydrate) is a white, water-soluble solid that is used as a food additive, antifreeze and a preservative. It is also used in the manufacture of other chemicals.

What is the difference between sodium acetate trihydrate and anhydrous ?

1. Mixing water and Ethyl Alcohol together in a beaker or glass container. The mixture needs to be 70% alcohol and 30% water (by weight). If you have access to a lab balance and know how to use it, this will be easier. Otherwise, just use the eye-ball test and try to get as close as possible without having any excess on either side of the equation

2. Dissolving the Anhydrous Sodium Acetate in the alcohol/water mixture

4. Continue stirring until all of the Sodium Acetate Trihydrate has dissolved

Sodium acetate trihydrate can be prepared by dissolving sodium acetate in water followed by the addition of concentrated sulfuric acid. The reaction produces a solution of sodium sulfate with excess water that must be evaporated to obtain the desired product.

Sodium acetate anhydrous is a white crystal or crystalline powder, which is odorless, taste bitter and soluble in water. It can be used as a preservative in food, cosmetics and medicine. It is also used as a food additive and raw material for chemical industries.

Sodium acetate anhydrous price is around US $10-30/kg.

Is sodium acetate an acid or a base?

Sodium acetate trihydrate is an ionic compound with a formula of Na3C3H5O2H2. It’s composed of three molecules of sodium acetate (a salt), one molecule of water, and two molecules of acetic acid (an acid). The salt has a pH less than 1, which means it’s acidic, whereas the acetic acid has a pH greater than 7, which means it’s basic (basic = more alkaline than acidic).

Sodium acetate trihydrate is a white crystalline solid with a molecular formula of CHNaO and molecular weight of 120.11 g/mol. It is produced by the reaction between acetic acid and sodium carbonate in water at normal pressure and temperature.

Sodium acetate trihydrate is a white crystalline substance that is often referred to as hot ice. It can be produced by dissolving sodium acetate in water and then adding an acid. The addition of the acid causes the release of latent heat from the crystals as they dissolve. The result is that the temperature of the solution decreases below freezing point, which is why it is also called hot ice.

Sodium acetate trihydrate has a melting point of -33.1 °C (it freezes at -30 °C), so it can only be produced when temperatures are above this level.

It was discovered by accident in 1893 by American chemist John E Pidgeon who was studying how different substances reacted with sodium acetate solutions.

Sodium Acetate Trihydrate is widely used in food, pharmaceutical, personal-care and other industrial applications. As a food additive, it functions as a pH control agent, binder and mold inhibitor. In addition to use as a preservative and stabilizer, it can be used to mask taste defect of foods by acting as a flavor enhancer. Also, it can be used as an acidity regulator and can increase the dissolution rate of tablets.