What is Sodium Citrate (E331) in food? Types, Uses and Safety

What is Sodium Citrate (E331) in food? Types, Uses and Safety 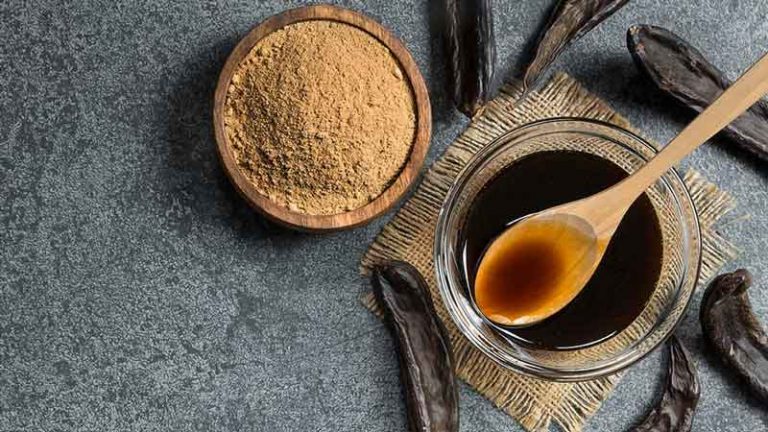 Sodium Citrate is a food additive and preservative that is found in many processed foods like seafood and meats. Sometimes it can be the only way to add that bright color of freshness to food which has been removed from natural state by processing. In fact, Sodium Citrate is also used in some vitamins as it helps to stabilize and preserves them. You will notice Sodium Citrate listed on your food label or mentioned as E331.

What is Sodium Citrate?

Sodium Citrate is a salt of citric acid, a naturally occurring organic compound. It is a white crystalline solid that is soluble in water and most organic solvents. Sodium citrate can be used as a food preservative, buffering agent and humectant.

Sodium Citrate is an ingredient commonly used in commercial food production, particularly in the manufacture of dairy products, beverages, frozen desserts and puddings. It is also added to some baked goods to prevent them from sticking together during baking. The use of sodium citrate as an emulsifier allows manufacturers to produce frozen desserts with reduced fat content while maintaining their desired consistency.

Monosodium citrate is a white powder that dissolves easily in water. It is commonly used as a flavor enhancer in processed meats such as hot dogs and sausages because it increases their shelf life while maintaining flavor stability. Monosodium citrate also helps prevent fat from becoming rancid during the cooking process by acting as an antioxidant agent.

It is less prone to caking than citric acid and can be used as an acidulant (PH 3.5 to 3.8 of one percent aqueous solution) or buffering agent in combination with free acids in dry blends, jellies, and beverages. It can also be used as a tablet disintegrant.

Disodium citrate (Na2C6H4O7) is used for its buffering properties in vegetarian recipes to replace meat stocks, which contain monosodium glutamate or similar ingredients that contribute to the umami taste sensation.

Due to its ability to absorb water and flow freely, trisodium citrate anhydrous can be used as a carrier in moisture-sensitive formulations and provide a longer shelf life.

How is sodium citrate made?

Sodium citrate is a widely used chemical compound that is usually used in food and pharmaceutical industries. It can be found in many products like cheese, baked goods, soups and salad dressing. Sodium citrate is also used as a preservative in seafood, meats and poultry.

Sodium citrate is made by combining sodium bicarbonate with citric acid. The chemical reaction between these two substances yields sodium citrate as well as water and carbon dioxide. The carbon dioxide gas escapes during this process leaving behind the sodium citrate crystals that are then filtered out of the mixture.

Sodium citrate has many uses in the food industry because it helps retain moisture in foods such as vegetables, fruits and meat products. It also helps to prevent spoilage by controlling the pH level of foods which inhibits the growth of bacteria that cause food poisoning. This property makes sodium citrate very popular among restaurants who want to keep their dishes looking fresh for longer periods of time without using other chemicals that can affect taste or appearance of food items such as chlorine bleach or hydrogen peroxide which would also kill bacteria but leave a strong flavor behind on your plate after eating it.

What is the use of sodium citrate?

Sodium citrate is a salt that is used in many types of foods. It has a number of uses, including as an emulsifier, buffer, and preservative. Sodium citrate can also be used as a food additive to improve the taste of vegetables and dairy products.

Sodium citrate is added to foods like ice cream, cheese, canned vegetables, processed meats and breakfast cereals to improve their taste. The chemical is also added to canned tuna fish to help prevent darkening of the fish flesh during storage. In addition to improving taste, sodium citrate acts as a preservative in these types of foods by preventing microbial growth.

Sodium citrate can be used in combination with calcium carbonate or calcium phosphate in order to buffer acidic foods such as jam or fruit drinks. When this mixture is added to such foods it helps reduce the amount of acid needed in order for the product to reach its desired pH level. This type of buffer system may also be used when making wine or beer where it helps stabilize the pH level over time while producing these alcoholic beverages.

Citric acid adds a sour taste to dairy products. However, this taste can be minimized by combining it with sodium citrate, so these two ingredients are often combined in yogurt to improve the sour taste.

Cheese is an emulsion of dairy fat, protein, and water, which tends to break down at high temperatures.

When melting, sodium citrate works as an emulsifier to prevent cheese curdling or the separation of fat from protein. The cheese accomplishes this by binding calcium ions and fat together. It is used around 3% in cheese, depending on your recipe.

Sodium citrate cheese melts evenly and produces a smooth, creamy sauce. Due to this property, home cooks can obtain portable and sliceable cheese (in mold, which they can take anywhere).

The following dairy products may contain with them:

Coca Cola uses sodium citrate to adjust the tartness of its beverages. Other drinks such as Sprite, Vitamin water and others contain it in their ingredient lists. For such purposes, it is also added to sports and energy drinks, such as Redbull and Monster.

Is sodium citrate safe to consume?

Yes, it has been approved safe by both the U.S. The Federal Drug Administration (FDA) and European Food Safety Authority (EFSA), as well as the FAO/WHO Expert Committee on Food Additives (JECFA).

Citrate is generally recognized as safe (GRAS) when used in food, subject only to current safe manufacturing practices.

The following products can be made with it:

Sodium citrates are classified under “Group I” with a maximum use level called “quantum satis”, and their separate uses are also listed. Foods that may contain it include:

With the code number 331, it is approved for use in Australia and New Zealand.

Sodium citrate, also known as sodium citric acid (NaCit), is a salt of citric acid. It has a high solubility in water and is often used as a preservative. Sodium citrate can be used to make pickles, jams, jellies, fruit juices and other foods.

Citric acid can be found naturally occurring in certain fruits such as lemons and limes, but most fruits aren’t acidic enough to make use of it. For this reason, most recipes that call for citric acid call for sodium bicarbonate instead.

Sodium citrate contains an asymmetric carbon atom with a single positive charge on one side and a single negative charge on the other side. The resulting molecule is known as an ionic compound which means that it consists of two ions bound together by electrostatic forces.

The exact formula for sodium citrate depends on what form it’s made in: monohydrate (a crystal lattice), dihydrate (dihydrated) or anhydrous (without water). All three forms are soluble in water and are colorless or white solids at room temperature; the monohydrate has a melting point around 50 °C (122 °F).

Sodium citrate is a salt of citric acid. It is used in many food applications, such as the preservation of foods and beverages, as well as for the preparation of other salts.

Sodium chloride is a salt that can be found in nature or artificially produced. It is commonly known as table salt or rock salt. It can also be produced synthetically from sodium and chlorine gas in a process called electrolysis.

Sodium citrate is often used in food products to help maintain flavor and color, prevent spoilage and increase shelf life. This additive can also be used to preserve food during freezing without affecting the taste or texture, which makes it ideal for frozen foods such as fish sticks and chicken nuggets. Sodium citrate is also added to some brands of jam because it prevents the fruit from crystallizing after being cooked down into a thick syrup.

Sodium chloride (NaCl) is an essential mineral that helps maintain fluid balance in your body by regulating blood volume inside vascular tissue cells. Most people get enough sodium naturally through their diets, but those who have special dietary needs may need to supplement their diet with additional sodium chloride tablets or liquid drops taken orally with water daily as directed by your doctor.

These two chemicals are often used in the production of glass and porcelain. While they both contain the element “citrate,” they are not related to one another. The main difference is that potassium citrate is a salt, while sodium citrate is an acid.

Potassium citrate is a salt made from potassium hydroxide (KOH) and citric acid. It has many uses, including food preservative and as a dietary supplement. Potassium citrate can also be used for cleaning and polishing metal surfaces, especially those made from aluminum or bronze. It’s also used in the manufacturing process for glassware and porcelain items.

Sodium citrate, or just sodium citrate, is a white crystalline powder that dissolves easily in water. This chemical compound is stable at room temperature but will decompose at higher temperatures (above 150 degrees F). Sodium citrate has many applications in foods and pharmaceuticals, such as as a preservative for meats, drinks and dairy products; as an emulsifier for salad dressings; as an anticoagulant drug; as an electrolyte replenishment agent.

What is sodium citrate bad for you ?

Sodium citrate is an ingredient that can be found in many foods, and is added to others. It’s also a common ingredient in dietary supplements.

It can have both beneficial and harmful effects on your health, depending on the amount and frequency of consumption, as well as your overall diet.

Sodium Citrate has been shown to improve cholesterol levels, reduce blood pressure and prevent kidney stones from forming. It can also help you absorb more iron from food sources like beef and spinach, according to the University of Maryland Medical Center (UMMC). The UMMC also states that sodium citrate helps treat gout by preventing uric acid crystals from forming in the joints. Additionally, it may help prevent kidney injuries due to certain medications used during surgery, according to the UMMC.

Sodium citrate increases the risk for developing kidney stones due to calcium oxalate crystal formation (nephrocalcinosis), according to UMMC. This condition occurs when urine has too much calcium or oxalate in it because they get stuck together inside the body.

What does sodium citrate do ?

Sodium citrate is a salt (or ester) of citric acid. It is used as an antacid, buffering agent and preservative.

Sodium citrate has the following uses:

The sodium citrate used in commercial products is synthetic; however, it is naturally found in citrus fruits.

As the raw material and manufacturing process do not contain animal products, it can be added to vegetarian dishes.

Because it does not contain wheat, rye, barley, or cross-breeds of these grains, it can be used by people with celiac disease.

You now have an understanding of the acidity regulator- sodium citrate (E331) from the following perspectives:

What kinds of food labels have you seen them on? If you have any questions or remarks about this additive, please contact with us.