With over 10 years’ experience in the custom chemical synthesis industry and a large, flexible chemical manufacturing facility, Our team of experts will help you turn your product idea into reality. 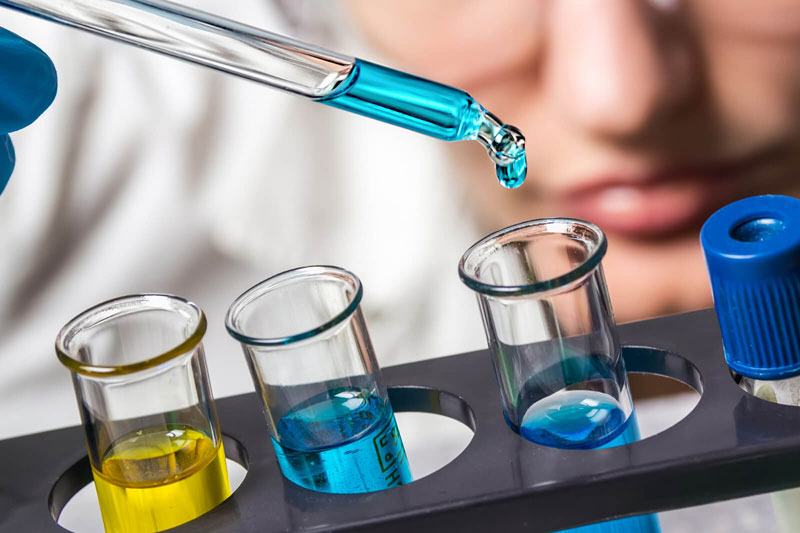 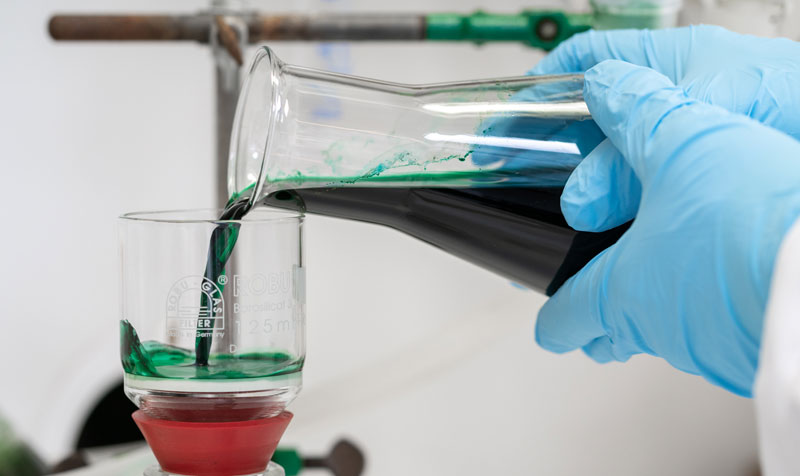 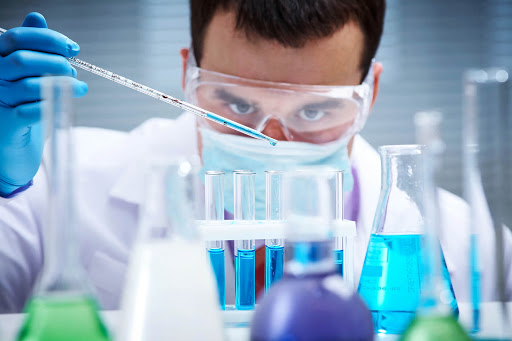 Our custom organic synthesis is the result of innovative thinking and relentless experimentation. We use new techniques and technologies to synthesize a diverse selection of chemical compounds.

Capacity is not an issue on mass order

Our manufacturing equipment allows us to accommodate any batch size, even in pack sizes of 1,000L (and in some cases 20,000L).

Our own technical personnel can supply weekly progress reports for custom synthesis requests, keeping the information secret for each contract.

Cut down on chemical discovery time and cost

Our service doesn’t end with manufacturing your product. We can also deliver and label your products with your own labels.

What is the payment of your company?

Our payment term is : 100% T/T, D/P and LC at sight. Mostly client use is TT 30% deposit, the balance money paid before shipment.

What is custom chemical synthesis?

Custom chemical synthesis refers to the process of creating a custom-made chemical substance. This can be done in order to create something that is not commercially available, or to have a larger quantity than what is commercially available. In some cases, custom chemical synthesis is required because the desired compound is unknown and must be made by researchers in a laboratory setting.

In addition to using them as raw materials for creating other products, custom chemicals can also be sold directly to consumers as end products themselves. For example, a company might want to sell its own line of perfumes or fragrances that could not be found anywhere else on the market today and would therefore provide an advantage over competing brands which do not offer their own unique scents and colognes.

How many types of chemical synthesis?

There are many types of chemical synthesis, depending on the number of chemicals needed to form the final product. The following are some of the most common types:

Polymerization – This is a chemical reaction in which two or more monomers are joined together to form a polymer. Common examples include the formation of polyvinyl chloride (PVC) and natural rubber.

Condensation reaction – In this type of reaction, two molecules combine to form one larger molecule and water is released as a by-product. An example is the synthesis of acetic acid from methanol and carbon dioxide.

Decomposition – In this type of reaction, one molecule breaks down into smaller molecules or atoms under the influence of heat or light. A classic example is TNT (trinitrotoluene), which can be broken down into carbon, nitrogen and hydrogen gases.

how to make synthetic chemical?

Synthetic chemical compounds can be made through two different processes:

2. Isolation (also known as physical isolation): The separation of a substance from its natural environment by extraction or filtration methods.

Where is custom chemical synthesis used?

The chemical industry uses custom chemical synthesis to make chemicals that cannot be made economically using other methods. For example, some plastics are made by adding a catalyst (a substance that speeds up a reaction) during the polymerization process. A catalyst can lower the amount of energy needed to make a plastic or increase its yield (the amount of product formed).

How to choose a custom chemical synthesis supplier?

Choosing the right supplier for your project is an important decision. Here are some questions to ask:

What are their qualifications?  The company should have experience in chemical synthesis, process development and manufacturing. They should be able to provide references from previous customers.

How long has the company been in business?  This can give you some idea of how stable they are as a business and how long they have been providing quality products and services.

What is their quality control program?  Good suppliers will have strict quality control standards in place to ensure that their products consistently meet customer requirements and expectations.

Are samples available?  It is important to request samples before making a larger purchase so that you can test the quality and suitability of the product or service before committing yourself to a large quantity purchase.

What is the delivery time of each order?

For the delivery time depend on the quantities. usually it will need about 20-30 days for production time. if we have stock it will delivery at once.

what is the chemical reaction of synthesis?

The chemical reaction of synthesis is the conversion of one substance into another by a process of combining (i.e., joining) the elements of two or more substances to produce a new substance.

The term “synthesis” refers to the combining of elements to form a new compound or substance. Synthesis can be done in two ways, either by chemical reactions or by physical processes such as those that occur in nature.

Chemical reactions are most commonly used to synthesize compounds, because they provide better control over product quality and purity than physical methods. Some examples of chemical reactions include:

Combining two atoms to form one molecule, such as hydrogen and oxygen forming water

how does chemical synthesis work?

Chemical synthesis is used in many different industries including pharmaceuticals, petrochemicals, food manufacturing and oil refining. In these industries the chemicals produced through chemical synthesis are often used as raw materials for further processing into finished products such as medicines or plastics for packaging purposes.

The most common form of chemical synthesis is organic synthesis which produces organic compounds from carbon-based starting materials (organic reactants). This type of reaction requires a catalyst to drive the reaction forward so that it can reach completion at room temperature and pressure (because otherwise it would not be practical).

why is chemical synthesis important?

The synthesis of chemicals is important for many reasons. The first is that it allows us to make compounds that are not found in nature. This can be done by combining different elements or molecules together in a process called chemical synthesis. It also allows us to create compounds that may be difficult or impossible to isolate from their natural sources. For example, when we synthesize aspirin, we combine two different chemicals that are found in nature (salicylic acid and acetic anhydride) to create a new compound with unique properties.

Chemical synthesis also allows us to make large quantities of compounds at relatively low cost compared to isolating them from their natural sources. This is especially true if you have access to the appropriate chemical reagents and equipment needed for the synthesis process.

The main reason why chemical synthesis is important is because it allows us to make new medicines, plastics, fuels and other products that are essential for modern civilization. Without it, we would not have a lot of the things that make our lives easier today such as medicines and plastics like polyethylene terephthalate (PET).

When is custom chemical synthesis needed?

Custom synthesis can also be used when you need to create a new compound for which there is no reference material. In this case, you will need to perform all of the necessary chemical reactions and purifications to get the desired product.

Contract manufacturing is the process of outsourcing the production of a product or service to another company. It is usually done in order to save money and time, as well as to focus on other aspects of the business.

Custom synthesis is a process of making chemicals used in commercial applications. It can also be used for research purposes. The chemicals produced can be used to create new products or improve existing ones.

There are several ways to make money from your business but one of them is by outsourcing production. If you have a product that is in high demand but you do not have the capacity to meet the demand, then it would be best for you to outsource this task to another company that specializes in making chemicals and compounds. In this way, you will not have to worry about having enough stock on hand for your customers who want it as soon as possible.

Another advantage of outsourcing production is that you will be able to focus more on other areas such as marketing, sales and customer support among others instead of spending time and resources on something that does not directly generate revenue for your company. In addition, outsourcing production also allows you to focus on other parts of your business such as R&D so that you can come up with new products that can generate more revenue.

How to Order with Us

Send us your requirement

We will check the inventory of chemicals. If it is a customized product, we will forward it to our R&D department for evaluation of raw material price and synthesis route.

You will receive a detailed quotation based on the quantity and purity of the consulted chemicals.

For misunderstandings to be avoided, both sides carefully evaluate and discuss the order details.

We will send you the Proforma Invoice if you have no doubts, and after that, we will sign a contract with you.

After testing and adjusting the mass production material, we will deliver it in accordance with the contract terms.