What is Calcium Chloride (E509) in food and its common uses?

What is Calcium Chloride (E509) in food and its common uses?

Calcium chloride (CaCl2), an inorganic ingredient made of calcium and chloride elements. We can find its uses in everyday life, the food grade can be used as a firming agent (not only this purpose) in food with the European food additive number E509.

The industrial grade is commonly used in roads de-icing, dust control, brine refrigeration, dehumidification due to its characteristics of releasing heat after dissolved in water, lowering the freezing point of water, strong hygroscopicity and deliquescent.

How is Calcium chloride made?

CaCl2 is a by-product in the production of sodium carbonate. The process is also called Solvay process in which the reaction between sodium chloride (salt brine) with calcium carbonate (limestone), and ammonia as a catalyst ():

Purification of naturally-occurring brines (such as salt lakes) by removing magnesium with adding Ca(OH)2, and precipitating sodium chloride by increasing the concentration of CaCl2.

According to the different amount of crystalline water, calcium chloride can be divided into two types:

Also with hexahydrate form, but seldom in the market.

CaCl2 can also be classified into food and industrial grades based on the different uses.

White, odourless, both hygroscopic and deliquescent (converts to a liquid brine after absorbing enough moisture). It is supplied in the form of powder/pellet/flake/granular or solution depending on the requirements of the application.

CaCl2 is commonly reacts with the below ingredients and with the chemical reactions: 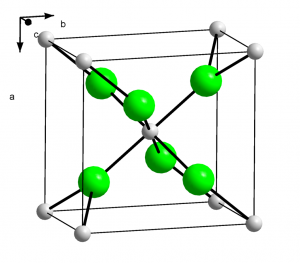 What’re the Uses of Calcium chloride?

Calcium chloride is often added to milk for cheese making. It increases rennet activity, accelerates coagulation and increases curd firmness by slightly raising milk acidity and reacting with protein to hold together.

Calcium chloride or sulfate is commonly used in beer brewing. The function of calcium ions as follows:

Calcium chloride can be used to replace sodium chloride in pickling brine. It adds a salty taste to pickles without increasing sodium intake, helps the cucumbers look nice and maintain firmness, and also speeds up fermentation during the pickling process. Meanwhile, it is environment friendly ().

With the function of strong water absorption rate, anhydrous calcium chloride is an efficient dehumidifier which absorbs moisture from the surrounding environment and thus reduces the humidity in the sealed packaging, and therefore protects food from moisture during storage.

Preserving the freshness of fruits and vegetables by sprayed or dipped in calcium chloride solution after harvesting is an effective method, which

And therefore extend the shelf life of fresh fruits and vegetables.

CaCl2 is similar to table salt, but it contains calcium instead of sodium. It can be used in food where low sodium is desired.

Industrial grade calcium chloride is commonly used in roads snowmelt and de-icing; as antifreeze for construction which accelerates the hardening of concrete and increases the cold resistance of construction mortar; an aqueous solution can be used in oil drilling; the ability of adsorption and desorption of ammonia can be used for refrigeration.

Calcium chloride is usually used for snow melting and de-icing in winter on roads, highways, parking lots, docks, and airports to improve the safety for drivers and pedestrians. It is more workable than sodium chloride at lower temperatures as low as −52 °C (close to its freezing point) ().

Its function as a deicer is mainly for the following three characteristics:

Calcium chloride is used to accelerate cement hydration, reduce set time and improve the strength for concrete in colder weather.

The strong ability of water absorption or deliquescence makes it a dust control on the surface of gravel roads (especially on unpaved roads) by absorbing moisture from air & added in the construction with gravel particles. This property also ensures safety for humans by removing dust from the air we breathe.

CaCl2 is used to adjust the calcium hardness in the pool. It prevents pools from freezing in the winter, and alleviates the corrosivity of pool water and metal equipment (e.g. heaters, ladders, and handrails.) caused by low levels of calcium hardness.

Source of both calcium and chloride for the plant, also adjust the level of sodium in the soil.

Is Calcium chloride Safe to Eat?

Yes, it almost has no side effects and the safety has been approved by the U.S. Food and Drug Administration (FDA) and European Food Safety Authority (EFSA), as well as the Joint FAO/WHO Expert Committee on Food Additives (JECFA).

Calcium chloride is generally recognized as safe (GRAS) that can be used as a firming agent, nutrient supplement, pH control agent, anticaking agent, humectant and others in the following food categories and with the maximum usage:():

Calcium chloride (E509) is listed in Commission Regulation (EU) No 231/2012 as an authorised food additive and categorized in “ additives other than colours and sweeteners” ().

EFSA concluded no safety concern when calcium chloride (together with hydrochloric acid (E507), potassium chloride (E 508) and magnesium chloride (E 511)) used as a food additive after the studies on genotoxicity, carcinogenicity and other researches. ()

Its application is listed in “Group I” with the maximum level “quantum satis”. Meanwhile, its separate use levels are also “not limited” in the following products are also ():

It is an approved ingredient in Australia and New Zealand with the code number 509. ()

Yes, it is vegan as a naturally occurring mineral and the manufacturing process without the use of animal matter or products derived from animal origin. So it is suitable added to the diet of vegetarians.

Is CaCl2 acid or base?

It’s neither acid or base, it is a salt.

Yes, it is polar. It is an ionic molecule which dissociates to calcium ion and chloride ion in water.

Yes, it is natural if made from the brine process, otherwise it is synthetic.

Yes, it is gluten free or without gluten as it does not contain wheat, rye, barley, or crossbreeds of these grains, therefore can be used for people with celiac disease.

Yes, it is dairy free as calcium is derived from limestone instead of milk.

Now you may have a knowledge of the firming agent – Calcium chloride (E509), from the following aspects:

What kinds of food or industrial product labels have you found this ingredient in? Or if you have any questions or remarks about this additive, feel free to let me know in the comments.