What is Magnesium Stearate E470b? Uses, Safety, Side effects

What is Magnesium Stearate E470b? Uses, Safety, Side effects 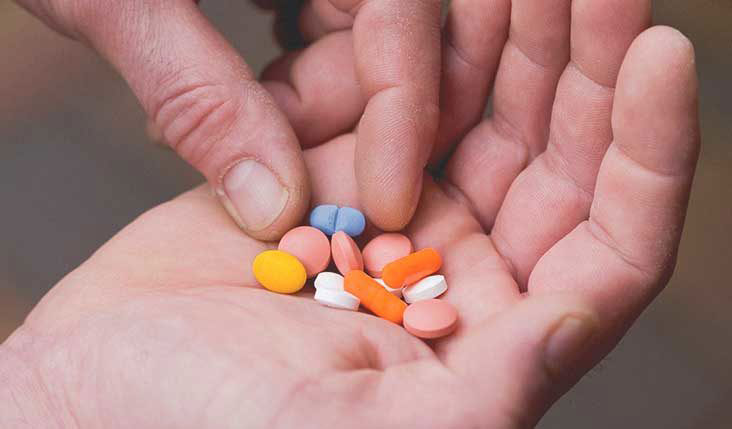 Magnesium stearate E470b is widely known and categorized as a lubricant. However, it has other properties that are not widely known and this makes it an effective ingredient in antacids, vaccines, and tablets. Let us take a look at the uses, safety, side effects, and ingredients of aluminum stearate.

What is magnesium stearate?

Magnesium stearate is a white powder that is used as an anti-caking agent in food and pharmaceuticals. It is also used in cosmetics, soaps, and detergents.

Magnesium stearate is a mixture of magnesium salts of stearic acid. The salt form of the compound is the predominant component, while other forms are minor components. It is prepared by reacting stearic acid with magnesium hydroxide or chloride in the presence of a solvent. ( 1)

The chemical formula for magnesium stearate is Mg(C18H35O2), which indicates that it contains one atom each of magnesium, carbon, hydrogen, and oxygen per molecule. It belongs to the class of compounds known as fatty acids.

What is magnesium stearate in food?

Magnesium stearate is a salt of magnesium and stearic acid, commonly used as an anticaking agent in foods. It is also used in cosmetics and pharmaceuticals as a lubricant and flow aid.

What is magnesium stearate used for?

Magnesium stearate is an anti-caking agent, used in foods and cosmetics to prevent ingredients from sticking together. It also increases the flow properties of powders by reducing their particle size. Magnesium stearate is a food additive that helps keep products from clumping together and improves flow properties. It is also used in cosmetics as an emollient, lubricant, and thickening agent.

In foods, magnesium stearate acts as an anti-caking agent — it helps prevent ingredients from sticking together before they are added to a formula.

Magnesium stearate is also used as a tablet binder in pharmaceuticals, especially for prolonged-release formulations.

Magnesium stearate is used in a wide variety of consumer goods, including baked goods, chewing gum, and hard candy. It can also be found in products such as cosmetics (e.g., moisturizers), toothpaste, hair conditioners, and shaving creams. Magnesium stearate is a white powder or granule with a neutral odor and taste. It dissolves easily in water and alcohol but is insoluble in fats and oils.

What is vegetable magnesium stearate made from?

Vegetable magnesium stearate is made from vegetable oils such as palm oil, coconut oil, and soya bean oil. The term ‘vegetable’ refers to the source of the oil and not the food it is used to make.

The exact manufacturing process varies from company to company but generally involves heating the oil in a pressurized vessel to create a paste. The paste is then dried into a powder and ground up into smaller pieces.

Some manufacturers use synthetic chemicals during this process, but others are able to produce the powder using only natural ingredients like plants and oils.

What is magnesium stearate made of?

Magnesium stearate is made from mixed fatty acids extracted from palm oil and palm kernel oil, which are natural ingredients found in plants. The mixed fatty acids are then dissolved into water to form an emulsion or suspension; this process creates the magnesium stearate crystals that are then filtered out of the solution using centrifuges or filters before being dried at high temperatures to make them into fine powders.

How is magnesium stearate made?

Due to the weak nature of stearic acid, it cannot be directly converted into magnesium stearate by reacting with magnesium sulfate.

Three of the above processes are briefly described below:

In the presence of strong acids, it will decompose into magnesium salt and stearic acid.

The surface area of the product is very large, it is highly adsorbent and hygroscopic, it feels slippery when in contact with the skin, and it sticks easily to the skin.

To the touch, it is greasy and off-white to white in color.

The solubility is 0.004 g/100 mL (25°C), which makes it practically insoluble in water, unlike two other metallic stearates (sodium and potassium stearate).

Why is magnesium stearate insoluble in water?

Mg2+ is insoluble in water due to two fatty acid molecules protecting it from water molecules.

A magnesium cation and two stearate anions compose this salt. The molecule structure consists of 36 carbon atoms in total.

What’s the application of magnesium stearate?

This food-grade product can be used as a flow agent and anti-caking agent, as a lubricant, and as a magnesium supplement in dietary supplements.

In the production of vitamins or multivitamins, magnesium stearate helps to bind with other ingredients to prevent them from sticking or clumping to machine surfaces.

This additive may be present in the following foods:

In the manufacturing of pharmaceutical tablets and capsules, magnesium stearate is used as a lubricant, glidant, and anti-adhesion agent.

Its primary purpose in the formulation of tablet and capsule formulations is to serve as an excipient (inactive ingredient):

Powdered cosmetics (such as talcum powder makeup) are often enriched with magnesium stearate for improved adhesion and smoothness on the skin surface.

As well as thickening and emollient properties, magnesium stearate can also be used as a cosmetic additive and a personal care ingredient.

Aluminum stearate, zinc stearate, and magnesium stearate are commonly used adhesives. After adding the metal salts of stearic acid, the powdered cosmetics are not permeable to water because they are enclosed by other powder particles.

As aluminum stearate is rough and calcium stearate lacks smoothness, magnesium and zinc stearate are commonly used in this field.

This chemical stabilizes polyvinyl chloride, acts as a mold release agent and smoothes the surface of plastic products.

When used as a food additive, it almost never causes side effects. The FDA generally recognizes magnesium stearate as a safe direct human food ingredient (GRAS).

No limitations other than current good manufacturing practice apply to its use as a lubricant, nutrient supplement, and processing aid in food.

According to EFSA, magnesium salts of fatty acids are not a safety concern due to their reported uses and doses, and there is no need to establish a numerical acceptable daily intake (ADI). ( 2)

Anticaking agents, binders, and emulsifiers are the components of this additive according to JECFA. ADIs “not specific” were established in 2015.

Code number 470 has also been given to it in Australia and New Zealand.

Is magnesium stearate bad for you?

Magnesium stearate can also be found in other products like cosmetics, soaps, and toothpaste. In these cases, it’s usually used to help keep ingredients together or prevent them from clumping up while they’re being manufactured.

Some people have concerns about the safety of magnesium stearate because it’s derived from animal sources (usually tallow), which may contain harmful contaminants such as dioxins (a class of synthetic chemicals). Studies show that these contaminants are unlikely to be present at high enough levels to pose a risk for most people., However, some people may want to avoid this ingredient for religious reasons or personal preference.

What’re the side effects of magnesium stearate?

Possible magnesium stearate side effects include:

There is a possibility of allergy. The patient is a 28-year-old woman affected by urticarial manifestations due to an allergic reaction to magnesium stearate.

There are also effects on the gastrointestinal system which may occur as a result of excessive magnesium consumption in the form of magnesium salts for pharmacological/medicinal purposes.

Does magnesium stearate cause hair loss?

Magnesium stearate is a common ingredient in food and cosmetic products. It has been used for decades, but recently some people have claimed that it causes hair loss. However, there is no scientific evidence to support these claims.

Some people believe that magnesium stearate causes hair loss because they think it binds with vitamin B6 (pyridoxine) and B12 (cyanocobalamin), two vitamins essential for proper cell growth. But no studies have shown any connection between magnesium stearate and hair loss.

There are many factors that can cause hair loss, including genetics, stress, hormonal changes, dieting or eating disorders such as anorexia nervosa or bulimia nervosa

Magnesium is an essential mineral that is needed for normal muscle and nerve function, a healthy immune system, heart health, energy production, and blood glucose control.

Magnesium stearate can be made from magnesium hydroxide or magnesium carbonate. These materials are found in nature and do not pose any health risks to humans when consumed at the levels found in foods or supplements.

It can be difficult to determine whether a supplement contains magnesium stearate because manufacturers do not have to list this ingredient on their labels if it’s less than 0.5% of the whole product.

Where to buy magnesium stearate?

Magnesium stearate can be purchased from various suppliers, including:

Magnesium stearate is not a naturally occurring substance. It is a synthetic compound that is used in the production of various food products and supplements to aid in the mixing process and smooth out the consistency of ingredients.

Is magnesium stearate Halal and Kosher?

Stearic acid can be halal and kosher if it is vegetable-based, which complies with Muslim and Jewish dietary regulations.

It is gluten-free according to the FDA definition. There is no wheat, rye, barley, or crossbreed of these grains in this product.

The short answer is yes. Magnesium stearate is a common additive in foods, and it’s also used as a lubricant in the pharmaceutical industry. The compound is made up of magnesium and stearic acid, which are both vegan-friendly elements.

In summary, Magnesium Stearate can be a controversial ingredient, but one that we use daily in our products. It is non-toxic and safe for consumption in small doses. The food and pharmaceutical industries consider it safe enough to include on the labels of many everyday items (where you will see it listed as the chemical name), including vitamins, medications, and cosmetics. The EWG ranks it a 1 on their scale of safety for cosmetics with number 1 being the least likely to cause any kind of potential health hazard when used in personal care products.

If you have any questions about these additives, please let us know in the below comments.