What Is Disodium Phosphate E339(ii)? Uses, Safe, Side Effects

What Is Disodium Phosphate E339(ii)? Uses, Safe, Side Effects 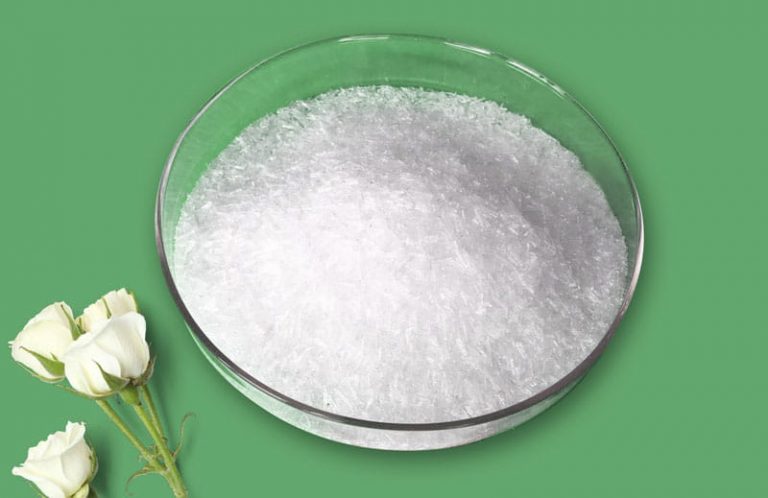 Disodium phosphate is a food additive found in many canned foods, as well as processed meats, cereals and snack foods. Disodium phosphate E339(ii) is also used in organic synthesis as a pH buffering agent, in biodiesel production to prevent hydroxide precipitation, and in the textile industry as an antierosion aid. The chemical formula for this white crystalline powder is Na2HPO4.

What is disodium phosphate?

Disodium phosphate is an inorganic salt that is composed of sodium ions and phosphate ions. It is a white, odorless powder that dissolves easily in water.

Disodium phosphate is used as an emulsifier, buffer, and sequestrant in food products. It can be found in potato chips, frozen dinners and other processed foods.

Disodium phosphate is used as a food additive and an emulsifier. It can be found in processed foods such as bread, cheese, beer and chocolate. It may also be used in toothpaste and mouthwash to prevent cavities.

Disodium phosphate is also used in the manufacturing of soap and detergents to help remove stains from fabrics, carpets and upholstery.

What is disodium phosphate used for? Disodium phosphate, also known as sodium dihydrogen phosphate, is a salt that is used in the food, pharmaceutical and cosmetic industries. It is found naturally in foods such as milk and cheese.

Disodium phosphate is used in the food industry as a leavening agent, emulsifier, and thickener. It can be used to make cakes and biscuits fluffier or to increase the shelf life of other foods. Disodium phosphate may be added to meat products to prevent them from becoming too dry during cooking. It is also added to ice cream to prevent lumps from forming.

In cosmetics and toiletries, disodium phosphate acts as an emulsifier that helps oil-based liquids mix with water-based liquids such as shampoo or body wash. It also acts as a thickener which gives toothpaste its thick consistency and prevents it from running down the side of your mouth when you brush your teeth

What is disodium phosphate made from?

Disodium phosphate is an inorganic compound with the chemical formula Na2HPO4. It is a white, hygroscopic crystalline powder soluble in water, ethanol and acetone. It is used as a food additive and cleaning agent.

Disodium phosphate is commonly manufactured using the Solvay process, which involves the reaction of sodium chloride and phosphoric acid:

Disodium phosphate can also be produced by treating phosphoric acid with sodium carbonate:

Why is disodium phosphate in food?

Disodium phosphate (Na 2 HPO 4 ) is an inorganic salt that can be found in many foods, including bread, cereal and baked goods. It’s also used as a food additive that helps improve the shelf life of certain products.

Why Is Disodium Phosphate Used in Food? Disodium phosphate is used as a food additive to:

A cyclamate is a salt of cyclamic acid (cyclohexylsulfamic acid), usually consisting of a sodium salt and a calcium salt.

To produce them, cyclohexylamine is sulfonated with chlorosulfonic acid or sulfamate to cyclohexylsulfamate, then neutralized with sodium hydroxide or calcium hydroxide.

The food grade is divided into two forms based on crystal water content: anhydrous and dihydrate. In the first case (NF grade) the powder appears as needles, whereas in the second case (CP grade) it appears as tablets.

The taste is 30 times sweeter than sugar, so very little is needed. Sodium saccharin does not have a bitter aftertaste.

A 10-to-1 ratio of sodium saccharin is usually used to mask the bitter aftertaste. Acesulfame potassium and aspartame can also be added to improve product stability.

What’s the application of sodium cyclamate?

Sodium cyclamate is not so popular among commercial artificial sweeteners because it has the least sweetness and is restricted in the US.

Foods and beverages containing this ingredient can be made sugar-free and low-calorie, and can also be used as a flavoring agent to mask the unpleasant taste in pharmaceuticals (as an excipient).

You may find it in the following foods:

Yes, there are more than 50 countries that have approved cyclamates as safe food additives (including those used as tabletop sweeteners), including EU by European Food Safety Authority (EFSA), UK by UK Food Standards Agency, Australia & New Zealand by Food Standards Australia New Zealand (FSANZ), and JECFA by FAO and WHO.

As a result of its association with bladder cancer, the U.S Food and Drug Administration (FDA) banned cyclamate from use in foods in 1970.

According to EFSA, the ADI is 7 mg/kg of bodyweight.

The Canadian government does not permit sodium cyclamate to be added to foods, but it may be used in non-medical products and drugs, such as table-top sweeteners.

Disodium phosphate is found in many processed foods, including breads and baked goods, frozen dinners, canned vegetables, salad dressings and soups. It’s also used as a preservative in some meats and fish products.

Foods that contain disodium phosphate include:

Bread, cereals, and other grain products

Cheese and dairy products such as milk, yogurt, and ice cream

What are the disodium phosphate side effects?

Side Effects of Disodium Phosphate

Disodium phosphate has been used for years by consumers and in the food industry to help with texture and consistency. It also helps to prevent food from getting moldy or spoiling too quickly, which makes it ideal for use in many different types of foods.

Some people may experience mild side effects when taking disodium phosphate, including:

Burning sensation in the mouth and throat

Swelling of the face, lips or tongue

Where to buy disodium phosphate?

If you want to purchase disodium phosphate online or locally, then there are many different places that you can buy it from. Some of these include:

Amazon – Amazon offers free shipping on almost all orders over $25, so this would be a great place to look for discounted options on bulk purchases of disodium phosphate. You can also find smaller quantities here as well if you just need small amounts for personal use or research purposes.

Walmart – Walmart also offers free shipping on most orders over $35, so this would be another good option for those looking for bulk discounts on larger quantities of disodium phosphate powder or flakes.

Grade Chemical – Grade Chemical is one reliable disodium phosphate supplier in China. if you purchase a large quantity, you can directly purchase from them.

Dipotassium phosphate is not toxic. It is a salt of potassium and phosphate, and can be used as an electrolyte in IV solutions.

Does disodium phosphate cause cancer?

The short answer is: no, disodium phosphate does not cause cancer.

According to the American Cancer Society, there is currently no evidence that disodium phosphate has any link to cancer. However, your risk of developing cancer can increase if you have a genetic predisposition for certain cancers or if you are exposed to agents that cause toxicity in the body.

Disodium phosphate is a chemical compound that is used as a food additive, usually to increase the viscosity of food. It is also used in toothpaste and other personal care products.

Gluten is a protein in wheat, rye, barley and oats that can cause serious health issues for people with celiac disease or a gluten intolerance.

Sodium phosphate is a salt of phosphoric acid, which is a component of bones and teeth. It is also used in food preparation to help retain moisture and prevent spoilage. Sodium phosphate is sold under a variety of names, including sodium tripolyphosphate (STPP), disodium phosphate, dipotassium phosphate, and sodium pyrophosphate. It can be found in many processed foods, such as cereals and snack foods.

Monosodium phosphate (MSP), on the other hand, is an additive that’s used to soften water for household use. It can also be used as a buffering agent in industrial processes where it prevents corrosion or helps form emulsions by stabilizing fatty acids in oil-based systems.

Is dipotassium phosphate an artificial preservative?

Dipotassium phosphate is not an artificial preservative, but it does have a chemical name that sounds like it could be man-made: dipotassium hydrogen phthalate. The word “phosphate” means “plant food,” so this might make you think of something natural and healthy for your body. However, the way that dipotassium phosphate works to prevent mold growth isn’t necessarily good for you or your digestion system.

In short, disodium phosphate is an acid-reducing food additive that can help to control the acidity (pH) in certain foods. It’s a common ingredient in animal feed, as well as on some toothpaste. Additionally, it may be used to enhance food and beverage products by increasing foam retention and improving body or viscosity.

As for any side effects that you or your family may experience after eating foods containing this substance? That depends largely on how much of the food you ingest. While serious adverse effects are unlikely with moderate consumption, this additive should still be treated with respect as it has the potential to cause reactions at higher doses.

What questions do you have or what experiences have you had with the food containing it? Comment below if you have any questions.