What is Monocalcium Phosphate E341(i)? Uses, Safe, Benefit, Side Effects

What is Monocalcium Phosphate E341(i)? Uses, Safe, Benefit, Side Effects 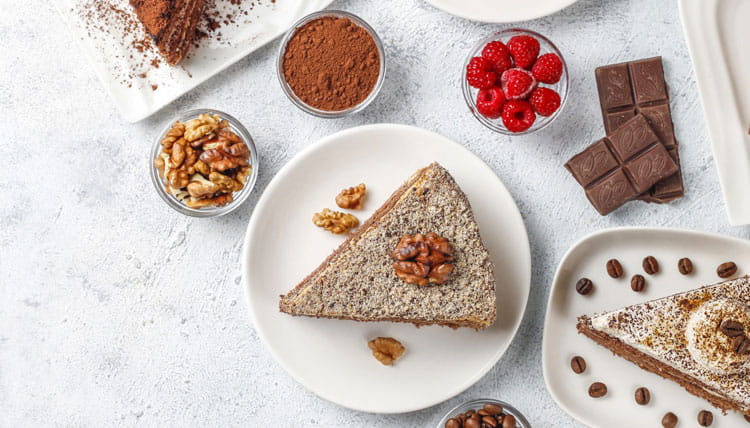 As an agent of leavening in bakery foods, monocalcium phosphate (MCP) is commonly used as a leavening agent along with sodium bicarbonate, which is in its food grade. Its European Food Additive Number, E341(I), generally falls under the vegan, dairy-free, and gluten-free categories.

What is monocalcium phosphate?

In medicine, monocalcium phosphate is used primarily as an antacid to neutralize stomach acidity (hyperacidity). It may be taken orally or by mouth to treat dyspepsia (indigestion), hyperacidity that accompanies certain gastrointestinal diseases such as gastritis (inflammation of the stomach lining), peptic ulcer disease (PUD), esophagitis (inflammation of the oesophagus) and gastroesophageal reflux disease (GERD).

Originally derived from naturally occurring minerals, it is an inorganic compound that can be divided into two types:

Why is monocalcium phosphate used in food?

Monocalcium phosphate is an additive that helps to stabilize food. It is a form of calcium that can be used as a nutritional supplement for children, adolescents, and adults with low calcium levels. It is also used as a preservative and an emulsifier in some foods.

Monocalcium phosphate is added to some bread and baked goods to help them last longer on store shelves and make them easier to slice when fresh from the oven. This ingredient can also be found in processed foods such as sauces, canned vegetables, and salad dressings.

What is monocalcium phosphate used for?

Monocalcium phosphate is a natural substance in various forms of plants, animal bones, seafood, and seeds. It can be extracted from these sources or produced artificially by reacting calcium hydroxide with phosphoric acid.

Monocalcium phosphate has many uses in the food industry because it has a neutral taste and odour and dissolves easily in water. It stabilizes emulsions such as mayonnaise and salad dressing so they don’t separate when stored at room temperature.

Monocalcium phosphate is often used as an anticaking agent to prevent particles from sticking together during processing or handling foods such as flour or sugar crystals that would otherwise clump together into lumps or balls during storage or transport if not coated with this compound first.

Monocalcium phosphate is used as a leavening agent to improve texture and extend the shelf life of bread products. It’s also an additive in cheese, cakes, desserts and other food products.

Monocalcium phosphate is also used to produce personal care and cosmetic products such as soaps and toothpaste.

How is monocalcium phosphate made?

As a result of the reaction between calcium hydroxide and phosphoric acid, it is usually produced. The two main methods of making food-grade phosphoric acids are wet processing and electrothermal processing.

Granules or crystals that are white, deliquescent, or powdery in texture.

It is sparingly soluble in water, with a solubility of 1.8%. Hydrolyzing it in water produces phosphoric acid, which gives its solution a pH value of around 3. Ethanol is insoluble.

What is the application of Monocalcium Phosphate?

There are several applications for MCP food grade, such as baking powder; feed grade is used in animal and poultry feed as a calcium and phosphorus supplement, and agriculture uses it as a superphosphate fertilizer.

It is common to find monocalcium phosphate as a leavening acid in baked goods. When combined with baking soda, it produces carbon dioxide due to its reaction with water. There are many applications for baking powder, including bread, biscuits, cookies, pancakes, self-rising flour, and single and double-acting versions.

The following benefits can be achieved when MCP feed grade is fed to animals and poultry:

Plants receive nutrients such as P and Ca from it. Its high P content is ideal for plants that do not require additional nitrogen (N) supplements.

Is monocalcium phosphate safe to eat for the body?

It has been approved by several regulatory agencies, including the US Food and Drug Administration (FDA), the European Food Safety Authority (EFSA), and the UN Food and Agriculture Organization (FAO/WHO Expert Committee on Food Additives (JECFA), among others.

This chemical is generally recognized as safe (GRAS) in good manufacturing practices when used as recommended by the FDA: Food supplement, sequestrant, stabilizer, thickener, or ph control agent.

The European Commission registered monocalcium phosphate (E341i) as an authorized food additive and classified it as an “additives other than colours and sweeteners” in their Regulation (EU) No 231/2012.

In 2019, EFSA determined that phosphates were not carcinogenic or genotoxic addition; developmental toxicity studies did not reveal any adverse effects.

According to the EFSA, the amount of phosphorus consumed daily expressed as phosphates is 40 mg/kg body weight (BW) per day. Thus this amount may be considered healthy for human consumption.

Among other calcium phosphates, it is listed under E 341 for its applications. For almost all authorized food categories, its maximum use level is 1000 mg/l or mg/kg, except for powdered sweeteners, which have a QS label.

It may be found in the following foods :

In Australia and New Zealand, calcium phosphate, monobasic, or calcium dihydrogen phosphate is an approved ingredient under code number 341.

What are the side effects of monocalcium phosphate?

Some consumers are concerned about the potential health risks associated with monocalcium phosphate. Despite consumer preferences for natural food additives, synthetic ingredients in our food cause concern. Most people don’t have any allergies to it, but some people may have sensitivity to it.

The side effects of monocalcium phosphate include:

Fever and chills. This may mean you have an infection or a bacterial or viral illness. See your doctor right away if these symptoms occur after taking this medicine.

Stomach pain, nausea, vomiting, constipation, or diarrhoea may also occur due to increased fluid retention by the body. These side effects can be minimized by limiting the consumption of foods high in sodium (salt) or potassium (banana), such as low-fat milk and yoghurt, fresh fruits and vegetables, and dried fruit. It would be best if you also drank plenty of water each day so that you do not become dehydrated because of the increased urine output caused by this medication.

Monocalcium phosphate (MCP) is a food additive used to prevent kidney stone formation by binding with calcium in the intestinal tract. It can be used as an anticaking agent in salt substitute products, table salt, dried soup mixes and dehydrated potatoes. The FDA has approved MCP for food use at a level up to 0.02 per cent by weight.

Dicalcium phosphate (DCPD) is used as an ingredient in functional foods such as sports drinks and dairy products to improve the nutritional profile of these products. It also has medical applications, including osteoporosis, tooth erosion and acid reflux disease treatments.

Is monocalcium phosphate bad for you?

The short answer is no. However, there are a few things to consider before you decide for yourself if it is safe to consume or not.

Monocalcium phosphate is calcium derived from phosphoric acid and calcium hydroxide (also known as lime, commonly found in water treatment systems). It is used in many products as a leavening agent, texturizer, and preservative.

Monocalcium phosphate is considered safe by the FDA and has an estimated Tolerable Upper Intake Level (UL) of 3 grams daily for adults. The UL represents the maximum amount of a nutrient consumed daily without any risks of developing adverse side effects or health concerns.

What are the benefits of monocalcium phosphate?

Monocalcium phosphate is a white, odourless powder with a molecular weight of 196.24 g/mol. It is used in food products as an acidity regulator to prevent caking in dry mixes. It is also used for dairy products, instant coffee, and other beverages.

Monocalcium phosphate is an effective anticaking agent in dry mixes and a slow-release agent for releasing nutrients in foods such as baby formula.

It prevents caking in dry mixes by neutralizing excess acidity.

Monocalcium phosphate can be used as a buffering agent to maintain pH levels during processing.

Where to buy monocalcium phosphate?

You can find monocalcium phosphate in any food store. It’s a preservative in many products, including bread and cake mixes. You can also buy it online at several retailers, including Amazon and eBay.

The most common brand is Rumford Baking Powder, and it comes in a white box with red lettering. One box contains 12 ounces of powder and costs about $5 at Amazon.com.

Yes, monocalcium phosphate is natural. This chemical compound is derived from calcium carbonate, which is mined from the earth. Monocalcium phosphate has many uses in food and medicine, such as bread, cereals, and other baked goods. It is also used as an emulsifier and stabilizer in foods like ice cream and other dairy products.

Is monocalcium phosphate Safe for Pregnant?

Yes, monocalcium phosphate is safe for pregnant women. It is a common food additive and is typically used as a leavening agent in baked goods. This means that it helps them to rise and be fluffy.

Is monocalcium phosphate a preservative?

Monocalcium phosphate is not a preservative. It is a nutritional supplement that can enhance the flavour of food and increase the shelf life of certain foods, such as cheese and meat products.

Yes, there are no animal products used in it because calcium hydroxide or calcium carbonate are usually obtained from limestone and other rocks rather than oyster shells or mussel shells; phosphoric acid also comes from phosphate rocks. Vegetarians can consume it because it is vegan.

Calcium is usually derived from limestone instead of animal sources, so it is dairy free. Lactose intolerant people or those with milk allergies can eat this food.

Yes, Monocalcium phosphate is Halal. It is made of calcium and phosphorous, which are naturally occurring elements in nature.

The product is pareve and kosher. E341(i) must meet all kashruth requirements to be certified as kosher.

Is monocalcium phosphate the same as baking powder?

Is monocalcium phosphate a Weak Acid?

It contains baking powder and sodium bicarbonate and is a weak acid. As soon as the baking soda reacts with the acid, carbon dioxide is released within minutes.

In summary, if you can’t live without it and it’s safe, Monocalcium Phosphate is generally considered safe or a tolerable risk by medical professionals. Though there is evidence that Monocalcium Phosphate can cause digestive problems, the side effects are relatively minor, and the substance is still generally considered safe in the correct dosage.

Monocalcium phosphate is widely used in food, detergent, and cosmetic products as dietary calcium and phosphorus source. If you have noticed monocalcium phosphate on the ingredient list of a food product or other product, you may want to learn more about this nutrient supplement.

If you have any questions about these additives? Don’t hesitate to get in touch with us by the below comments.