What is Sodium Acid Pyrophosphate E450(i)? Uses, Safe, Side effects

What is Sodium Acid Pyrophosphate E450(i)? Uses, Safe, Side effects 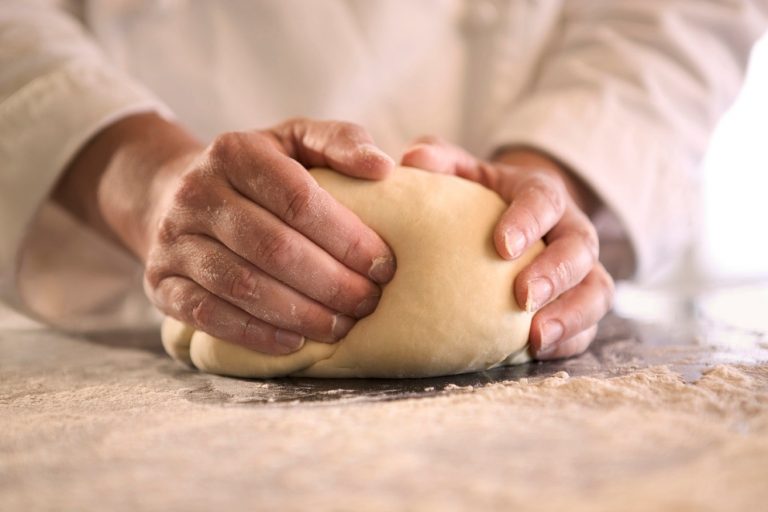 Sodium Acid Pyrophosphate E450(i) is a flavor enhancer or preservative. This food additive is added to certain flours and starches, as well as natural and synthetic flavors, such as buttermilk and malt flavorings, to improve the taste, texture, and appearance of baked goods. This food additive has the European number E450(i). Vegans and gluten-free people will find it to be generally safe to eat.

What is sodium acid pyrophosphate?

Sodium acid pyrophosphate E450(i) is a white powder with a molecular formula of Na2HPO4, and a CAS number of 7775-09-3. The anhydrous form is soluble in water and ethanol, while the dihydrate form is insoluble in water. It can be used as a leavening agent, emulsifier and stabilizer.

Sodium acid pyrophosphate (SAPP) is the sodium salt of pyrophosphoric acid. It is used as a water-soluble food additive, e.g. in bread and beer making, to prevent calcium phosphate precipitation in acidic beverages and food products such as sauces, canned foods, and dairy products.

Sodium acid pyrophosphate is also used as an emulsifier in processed meats. In addition, it serves as a sequestrant (chelating agent) for metal ions that would otherwise catalyze oxidation reactions (e.g., rancidity).

What is sodium acid pyrophosphate in food?

Sodium acid pyrophosphate is a compound made from sodium, phosphoric acid and water. It can be used as a leavening agent in baking to help retain moisture in foods and prevent them from getting hard during the baking process. It’s also used as a preservative, specifically for meat products.

Sodium acid pyrophosphate is found in many processed foods, such as packaged breads, cookies, crackers and pastas. It’s also sometimes added to canned goods such as canned veggies and meat products.

What is sodium acid pyrophosphate used for in food?

Sodium acid pyrophosphate is a chemical that is used in food to reduce surface tension, prevent crystallization and to increase water retention. It also acts as an anti-caking agent, which prevents ingredients from clumping together during storage.

Sodium acid pyrophosphate also is an ingredient that helps stabilize the foam in whipped toppings, shaving creams, and other products containing hydrogenated shortening. It also prevents whey protein from separating from the rest of the mixture while it is being processed into cheese.

Sodium acid pyrophosphate has been approved by the FDA since 1958 for use in foods. In addition to its main uses as an anti-caking agent and a moisture regulator, it may also be added to foods because of its ability to increase the texture and improve appearance.

What is sodium acid pyrophosphate made from?

Sodium acid pyrophosphate is made from phosphate rock, which is mined from deposits of calcium phosphate, a mineral that occurs naturally in rock. Phosphate rock is heated at high temperatures and mixed with sulfuric acid. The resulting solution is then treated with air, which causes it to solidify into sodium sulfate, a compound used in laundry detergents and water softeners.

The sodium sulfate is then heated at high temperatures until it dissolves into sodium hydroxide and hydrogen gas. A base catalyst is added at this point, which causes the hydrogen gas to react with the sodium hydroxide to create sodium carbonate and water vapor. Sodium carbonate is then treated with phosphoric acid to form sodium phosphate, which can be heated further until it forms sodium pyrophosphate crystals or powder.

How is sodium acid pyrophosphate made of?

In order to obtain NaH2PO4, the neutralization of phosphoric acid with sodium hydroxide or sodium carbonate at a 1:1 ratio produces monosodium phosphate, which is then heated at approximately 250°C to remove the water. 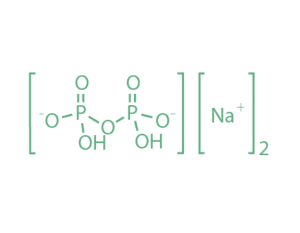 Granular or powdery white crystals that flow freely. Exposure to the environment would cause SAPP to hydrolyze into sodium orthophosphate.

What is the application of sodium acid pyrophosphate?

There are several uses for SAPP food grade, namely chelating agent; acid component in baking powder; or chelating agent incorporated with other polyphosphate molecular weights to sequester magnesium and iron ions during processing, e.g. chelating iron in potatoes to prevent a dark discoloration of the potatoes.

It is a slow leavening acid, which is suitable for use in bakeries. It is usually accompanied by an aluminum and/or calcium salt to moderate the rate of the reaction.

In baking powder, SAPP helps release carbon dioxide when mixed with baking powder. There are many applications for this product such as refrigerated doughs, cakes, muffins, and pancake mixes, which feature a slow reaction rate.

There is a slightly bitter taste after tasting both SAPP and GDL.

The use of SAPP can keep cooked potato products from losing their appearance and texture as a result of replacing sulfur dioxide, sulfites, and bisulfites. In cooked and processed potato products, such as oil-baked french fries and potato salad, the application of SAPP reduces the dark color as a result of the after-cooking darkening process.

In potatoes, it is the naturally present iron or the iron used in the production of the equipment that generates the “after cooking darkening.”. Through its strong sequestering properties, SAPP eliminates the formation of a dark pigment resulting from the iron complex in potatoes during the cooking process.

Yes, In addition to the Food and Drug Administration (FDA) in the United States of America, the Joint FAO/WHO Expert Committee on Food Additives (JECFA), the European Food Safety Authority (EFSA), as well as other authorities have approved its safety when used as food ingredients.

When used according to good manufacturing practice, SAPP is generally recognized as safe, and can be used in a variety of ways, including color and coloring adjuncts, dough strengtheners, emulsifiers, adjuvants, flavoring agents, formulation aids, leavening agents, oxidizing agents, and sequestrants.

A food additive such as Diphosphate Diphosphate (E450i) is listed as an authorized food additive in Regulation (EU) No 231/2012 of the European Commission. It is classified under the heading “additions other than colors and sweeteners”.

Disodium pyrophosphate was considered to be genotoxic and carcinogenic in 2019, according to EFSA.

Furthermore, in developmental toxicity studies, no adverse effects were reported. According to EFSA, phosphates expressed as phosphorus should be consumed at a level of 40 mg/kg body weight (BW) per day for humans.

The application of this phosphate is detailed in diphosphate E450 and the maximum amount it can be used for is 5000 mg (1000 mg per liter or 1000 mg per kilogram).

Foods that may contain it include the following:

With the code number 450, it is an approved ingredient in Australia and New Zealand as well.

What are the side effects of sodium acid pyrophosphate?

The side effects of sodium acid pyrophosphate may include:

Heartburn, indigestion and other stomach problems.

Blood in the urine.

Sodium acid pyrophosphate (NaH2PO4) is also a sodium salt of pyrophosphate but it contains additional acid groups that are ionically bonded to the phosphate group. In its pure form, it can be used in food manufacturing as a pH regulator.

Where to buy sodium acid pyrophosphate? 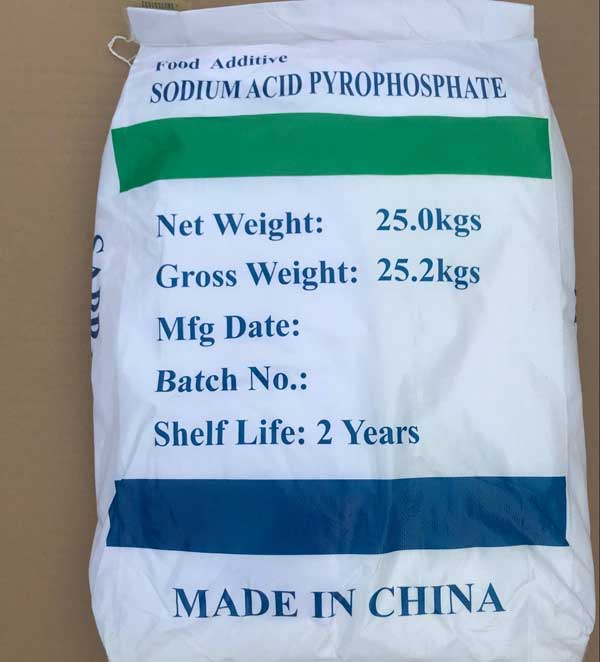 You can buy sodium acid pyrophosphate from Amazon, but only in the UK. You could also try searching for it on eBay or other sites, but I’m not sure if you’ll find it there.

If you have a local chemical supply store, they should be able to sell it for you.

Is sodium acid pyrophosphate bad for you?

Sodium acid pyrophosphate is considered safe for human consumption when used in appropriate quantities. However, it has been shown to cause irritation to the skin and eyes when it comes into contact with these areas. It is also believed to have some effect on fertility during pregnancy and lactation in women who consume large amounts of this additive regularly.

As with any food additive, it’s important that you consult your doctor before consuming sodium acid pyrophosphate if you have any concerns about its safety for you personally or your family members’ health conditions (such as allergies)

Is sodium acid pyrophosphate a preservative?

Sodium acid pyrophosphate (SAPP) is a food additive that preserves canned foods by neutralizing the pH in the can. It is not a preservative in and of itself, but it does help prevent bacteria from growing.

Sodium acid pyrophosphate is generally safe for pregnant women in small doses. However, it is not recommended for women who are in their first trimester because there are not enough studies on its effects during this period.

Pregnant women should consult with their doctors before consuming sodium acid pyrophosphate or any other food additives.

Sodium acid pyrophosphate (SAPP) is a phosphoric acid salt. It is not a natural product, but it can be made from natural materials. It is used to prevent foods from browning and to help retain moisture.

Yes, As it complies with the conditions of Halal and is permitted under Islamic Law, it is generally considered to be halal. MUI Halal certificates are available from some manufacturers.

Sodium acid pyrophosphate is kosher, and it’s also halal, which means that it can be used for both Muslim and Jewish dietary restrictions.

Yes, Due to the fact that it is typically gluten-free, people with celiac disease are able to eat it without any problems. It has been found that the ingredient is commonly used both on gluten-free and gluten-containing food labels and can be found on both of them in large quantities. Gluten free products are manufactured according to FDA standards, containing no wheat, rye, barley, or crossbreeds of these grains.

By reading this article, you should understand sodium acid pyrophosphate (E450i), from its production to its main uses: in bakery, canned fish, and potatoes; the approved safety; possible side effects, as well as some FAQs regarding veganism, gluten-free, synthetic or natural formulations.

How has this ingredient been used in food packaging? I would like to hear what you think about this in the comments below.