What is Cellulose Gum E466 in Food？Uses, Safe, Side effects

What is Cellulose Gum E466 in Food？Uses, Safe, Side effects 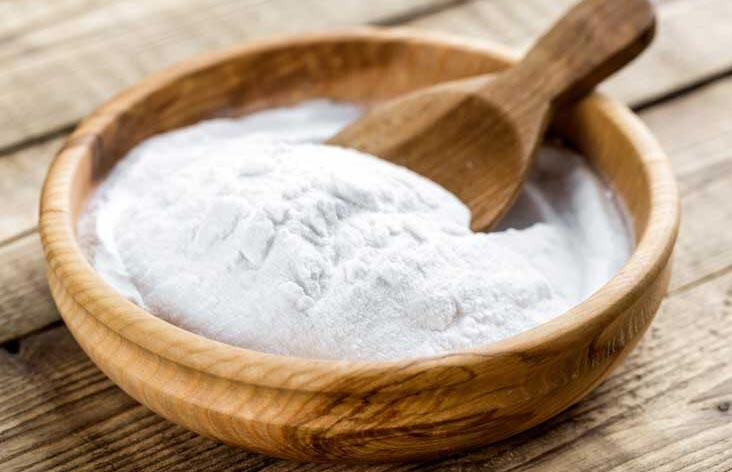 You may have seen, read about, or eaten sodium carboxymethyl cellulose (sodium CMC), in the ingredients list of a variety of foods like chocolate milk, waffles, salad dressing, ice cream and more. In fact, it’s used in a wide range of foods and beverages to deliver everything from consistency to texture and more. But just what is cellulose gum? How does it work? And more importantly is cellulose safe to eat?

What is cellulose gum?

Cellulose gum is usually made by treating purified plant fiber with aqueous sodium hydroxide (caustic soda) to remove lignin followed by treatment with an organic solvent such as acetone (an organic compound with formula C 3 H 6 O) or ethanol to remove the lignin permanently. The resulting viscous solution is dried to produce a white powdered solid.

The major application for cellulose gum is as an emulsifier and stabilizer in food products such as ice cream, salad dressing, peanut butter, baked goods, confectionery products and frozen desserts. In addition to this primary function, cellulose gum can be used as a thickener or binder in pharmaceutical tablets and capsules to help improve flow characteristics during manufacturing operations and reduce the incidence of tablet breakage during handling prior to packaging.

As a carboxymethyl ether of cellulose, it is a partial sodium salt of cellulose that is derived directly from fibrous plants.

Since 2013, the EU changed E466 Specification’s definition and synonyms as follows: 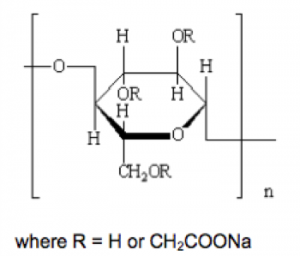 What is cellulose gum used for?

Cellulose gum is a natural product made from wood pulp. It is used as a thickener, stabilizer and emulsifier.

Cellulose gum is used in the production of ice cream, yogurt, margarine, cottage cheese, salad dressing and other foods. It is also used in cosmetics and toothpaste to improve texture, consistency and stability.

It can be found in many common products like coffee creamer, non-dairy creamers, salad dressings and ice cream. Cellulose gum is also used in some medications such as chewable tablets and liquid supplements because it helps prevent them from sticking together during processing into tablets or capsules.

What is cellulose gum in food?

Cellulose gum is a tasteless and odorless powder made from wood pulp. It’s used to improve the texture of foods, act as a thickener and emulsifier, and ensure that ingredients are evenly distributed throughout the product.

Cellulose gum is used in frozen fruit bars, ice cream, salad dressings, sauces and ketchup to keep the ingredients from separating while they’re being processed or stored. It also helps prevent sugar crystals from forming on candies like gummy bears.

Food manufacturers use cellulose gum because it doesn’t change the taste or texture of food — it just makes it better.

What is cellulose gum made of?

Cellulose gum is a type of fiber that consists of natural plant fibers. It is made from wood pulp and used as a thickening agent, stabilizer and emulsifier. It has been used in foods since the 1950s and is considered safe for consumption.

Cellulose Gum is most commonly found in ice cream, breads, salad dressings, peanut butter and other processed foods which require thickening agents to create a smooth texture. Cellulose gum is also used in cosmetics such as toothpaste and shampoo because it helps these products form suds when added to water.

Alkalinization and etherification are the two steps in the manufacturing process of sodium carboxymethyl cellulose.

Alkali cellulose is etherified with sodium monochloroacetate in an alcohol-water solution to a maximum of 30%. During the reaction, alkali cellulose and reagent are heated (50–75°C) and stirred.

In addition to the reaction conditions, the use of organic solvents (such as isopropanol) can influence DS.

In addition to DS, it measures the number of hydroxyl groups that are substituted per glucopyranose molecule. A complete substitution would result in a DS of 3.

The EU specifies that food grade cellulose gum has a carboxymethyl group content of 0.2-1.5 per unit of anhydroglucose (CH2COOH).

There are two main factors that affect its water solubility: The degree of substitution (DS) and the viscosity of the solution.

Increasing the DS value will increase the transparency of its solution.

Benzene, chloroform, copper, methanol, and ethanol are not soluble in organic solvents.

The viscosity of its solution is generally related to the degree of polymerization of cellulose (DP), the concentration of the solution, the pH value, the temperature, and the degree of substitution.

It depends on where the cellulolytic material comes from.

Viscosity increases as the concentration of the solution increases.

Once PH9 is reached, viscosity drops rapidly and CMC begins to form, initially the decrease is slow, but once PH>11.5 is reached, the decreasing process accelerates.

What are the application of cellulose gum?

As a thickener in our daily food, cellulose gum is used as a food grade product. Food with thickened and creamier taste is more appealing to consumers than food without it.

As a thickener, suspending agent, emulsifying agent, stabilizing agent, and film-forming agent, it is used in beverages, bakery, dairy, desserts, and meat products.

Additionally, it can replace some other thickeners, such as guar gum, gelatin, agar and sodium alginate in some food applications. There are a variety of applications depending on the viscosity and mesh size.

The main functions and uses of this device are as follows:

To achieve a proper viscosity, brightness, and smoothness in molding and flowing, it allows liquid and solid raw materials to mix completely.

What are the benefits of cellulose gum?

Cellulose gum is a water-soluble fiber that is used to increase viscosity, thicken and stabilize liquids, emulsions and suspensions. It is also used as an anti-caking agent in foods such as powdered sugar and cocoa powder.

The main benefits of cellulose gum are:

It increases the viscosity of liquids, which makes it easier to pour.

It can thicken liquids without adding calories or fat.

It provides texture and structure to foods like jellies and ice cream.

Cellulose gum can be used as an anti-caking agent in powdered sugar and cocoa powder.

Is cellulose gum safe to body?

Yes, cellulose gum is safe for humans. Cellulose gum is used as a thickener, stabilizer, and emulsifier in foods. It’s also used in cosmetics and other products. Some food additives are considered safe by the FDA even though they haven’t been studied extensively. Cellulose gum has not been found to cause any harmful effects in humans or animals.

Sodium carboxymethylcellulose is generally recognized as safe (GRAS) if it is used in foods intended for human consumption in accordance with good manufacturing practices.

The Commission Regulation (EU) No 231/2012 lists sodium carboxymethyl cellulose (E466) as an authorised food additive, categorized as “additives other than colours and sweeteners”. Safety re-evaluation in 2017.

E466 was deemed safe by the European Food Safety Authority (EFSA) based on research into toxicity in the short- and long-terms, carcinogenicity, and reproductive toxicity.

The EU has approved it at quantum satis (QS), covering almost all authorized categories of food.

In addition, it is listed separately under E466 in Group I. It may be found in the following foods:

They are classified as “emulsifiers, stabilizers, thickeners, and gelling agents.”

Australia and New Zealand approve this ingredient under code number 466.

It was established in 1989 that the ADI should be “not specified”.

What is cellulose gum side effects?

Cellulose gum is a food additive used to thicken and stabilize food products, as well as to maintain moisture content. It is found in many processed foods, including ice cream, baked goods, frozen desserts, salad dressings, sauces and canned goods.

The Food and Drug Administration does not require manufacturers to list cellulose gum on the label of foods that contain it. However, you may see “modified cellulose” or “hydrolyzed vegetable protein” listed instead of cellulose gum on ingredients lists if your food contains this additive.

Questions and answers about cellulose gum

Where to buy cellulose gum?

Cellulose gum is used to thicken and stabilize food and cosmetic products. It’s also used to make plastics, adhesives and paper. Cellulose gum is made from wood pulp that’s been processed into a powder.

Is cellulose gum good for you?

Although cellulose comes from a natural source, sodium carboxymethylcellulose is not natural, it is synthesized by alkalinization and etherification.

Yes, it is generally recognized as halal, as it complies with Islamic law and is permitted. We can also find some manufacturers with MUI Halal certification.

Yes, cellulose gel is gluten free. Cellulose gel is a clear, tasteless gelatin that comes from plant fibers like bamboo and cotton. It’s used in a wide range of products, including food additives and supplements, as well as in personal care products like toothpaste and shampoo.

The short answer is yes. Cellulose gum is a vegan-friendly ingredient. The ingredient is made from vegetable fibers and stabilizes food products. It’s most commonly used in ice cream and other dairy-based products to improve texture and keep them smooth.

The answer is yes! Cellulose gum is an ingredient used to thicken and stabilize foods, and it’s Kosher.

Kosher foods must be prepared according to Jewish dietary laws. In order for a food ingredient to be certified as kosher, all of its ingredients must be kosher.

Is cellulose gum a sweetener?

Cellulose gum is not a sweetener. It is a stabilizer that helps to prevent ingredients from separating in finished products.

Is cellulose gum a preservative?

Yes, cellulose gum is a preservative. It is an ingredient in some foods and personal care products to prevent spoilage.

Is cellulose same as carboxymethyl cellulose?

No, cellulose and carboxymethyl cellulose are not the same thing. Cellulose is a plant-based material that is a part of the cell wall of plants. It is made up of glucose molecules and can be found in cotton, wood pulp, and other plant products. Carboxymethyl cellulose, also known as CMC, is an organic compound that is comprised of sodium hydroxide, sulfuric acid and cellulose.

Cellulose gum can be used as thickener and texturizer in beverages, ice cream and dairy products. Additive E466 is used to produce a smooth texture of food. It also can improve the stabilization, emulsification and suspension functions of food… In general, this additive is regarded as safe to use in foods. Any possible side effects have not been reported so far.

If you have any questions about this additive, leave your feedback in the comments.